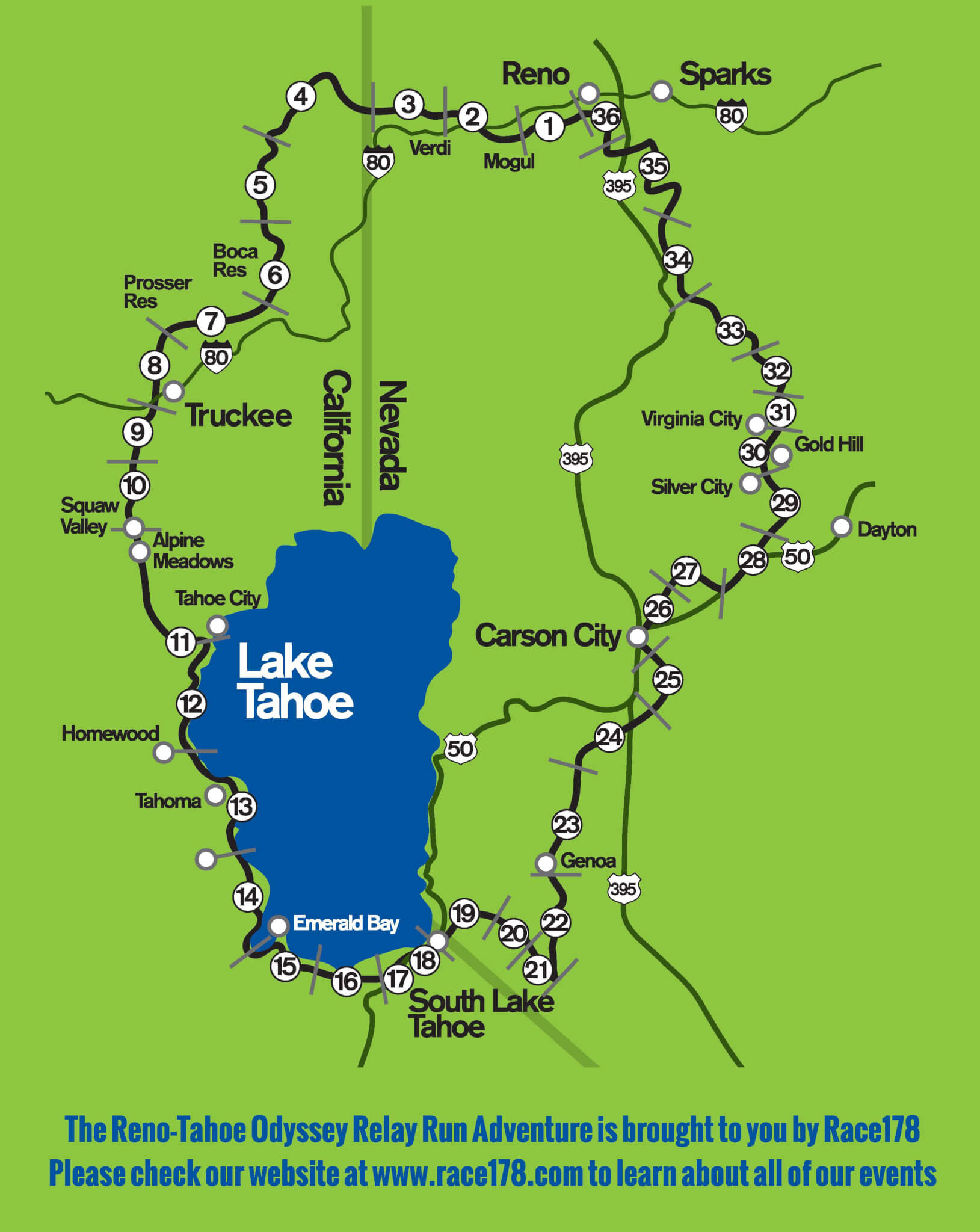 Today marks the 13th annual running of an event like no other. 3,000 contestants will begin at Wingfield Park in Reno, NV and run 36 legs with 22 historical points of interest covering 178 miles, all the while being sleep deprived and crammed into a tiny vehicle for two days! Sound like your idea of fun? Then the Reno-Tahoe Odyssey (RTO) might be for you.

This endurance event has a very unique concept and course. Teams of 12 are encouraged. Each team member will choose an equal number of legs. The catch…after the start of the race someone has to be running at all times until the finish! Some teams are there for the race, but most show up for the fun! Teams get creative by coordinating their costumes, decorating their vehicle and there’s even an award for the best name.

This event has to be considered one of the most scenic events on the planet. The route goes to the peaks of the Sierra’s, by mountain lakes and rivers including Lake Tahoe and the Truckee! The course passes along trails used by the emigrants heading to California even the trail used by the Donner Party. On the way to Truckee the route follows the tracks of the original transcontinental railroad. From there travel along the Pony Express down to the capital then back up to Virginia City where the notorious Comstock Lode was discovered. Finally, down Geiger Grade, the last descent back into Reno where there’s an unobstructed view of Mt. Rose.

If you aren’t quite up to the task this year, but would like to take in the fun check out points of interest to watch and cheer on the participants as they attempt to conquer quite the feat!  Send us your shots or stories of this years event and we will post them!