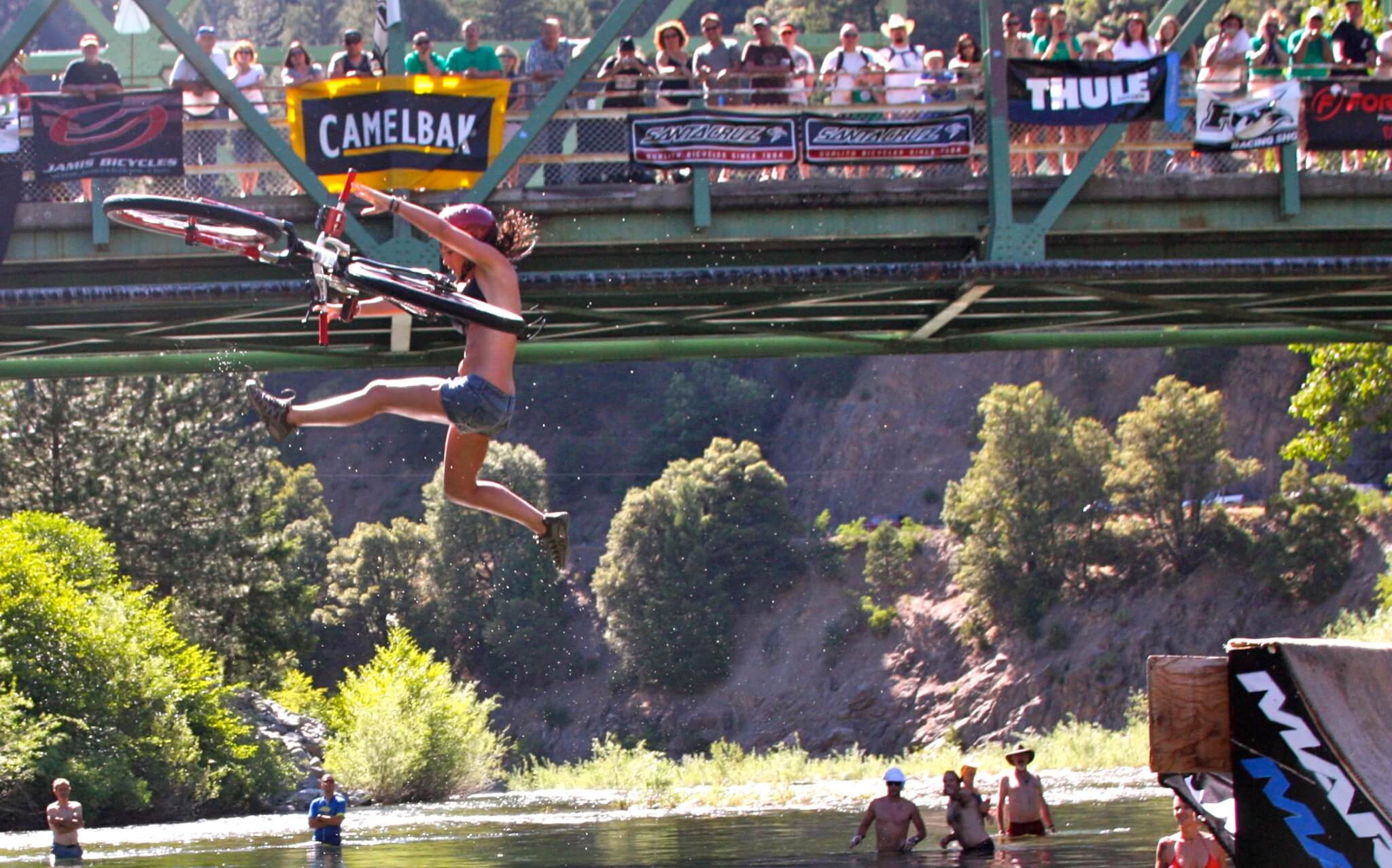 This upcoming weekend would’ve been the running of the Downieville Classic. What Outside Magazine considers one of the ten best mountain bike races in the country and arguably in the world. Reason being… it’s pure and unadulterated. Old school fun. We can only hope it’ll be back in 2023. Until then, let’s look into the history of the town and the region to understand why the race feels the way it does.

History of The Downieville Classic – Where It All Began

Many of the bike trails used today were created long before mountain biking was even invented. Some of them go as far back as the gold rush era of 1849. For all you football fans, this is where the San Francisco 49’ers got their name. The trails were built to get miners into the gold fields of the Sierra Nevada mountain range. Now, instead of striking it rich by finding gold, they’re prospecting for adrenaline.

How Downieville Got Its Name

The town was originally named “The Forks.” But after William Downie, a Scottish prospector, led the first group of miners into the region, it was changed to Downieville. The first year not a lot of gold was discovered. One day, a guy named Jim Crow fried up a trout and found gold lining the pan. They’d found where the gold was! From that point, so much was found in the region it became the fifth largest town in California! It even almost became the capital of the state, but lost to Sacramento by ten votes.

In 1853, the population was over 5,000 and some claims were yielding up to $12,000 in eleven days! And one claim hit $80,000 in six months… that’s over $3 million in 2022 dollars. Once mining became mechanized, the valuable ore disappeared and the population began to leave for other more fruitful places. By 2013, there were now only 300 people that permanently reside here. Without gold or logging, it became one of the poorest counties in the nation. Then in the 1980’s and 90’s, mountain biking transformed this sleepy town into a hot bed of downhill biking. Even though people like Gary Fischer, the owner of Fischer bikes, had been riding this region since the 70’s, it wasn’t until the Coyote Adventure Company began offering shuttle service into this region that it became more popular.

Like all hotbeds of alternative sports, there is a sense of camaraderie, but competition is key to pushing the sport to the next level. It makes sense that the owner of Coyote Adventure Company, now known as Yuba Expeditions, changed the Coyote Classic event to a more formal race in 1998, the Downieville Classic.

One Mountain Bike For All Terrain Was Born

Originally, the race was two events:

Then in 2005, due to a horrific issue in the downhill race, the decision was made to combine these two events into one and call it the “All Mountain Biking Championships.” The basic rule is as follows:

Ride The Same Bike Both Days

It was so serious that they weighed them in and marked their parts each day. That was when the concept of one bike that could do everything was born. Being the originator of modern mountain biking, it makes sense that the event is so popular that it sells out all 700 spots overnight each year.

In past years, the Downieville Classic was held around four days which include:

If you want to learn more about grassroot races like the Downieville Classic, get tips on gear, or just learn about some other hidden destinations to explore on your mountain bike, be sure to check out our comprehensive guide on everything two wheels: