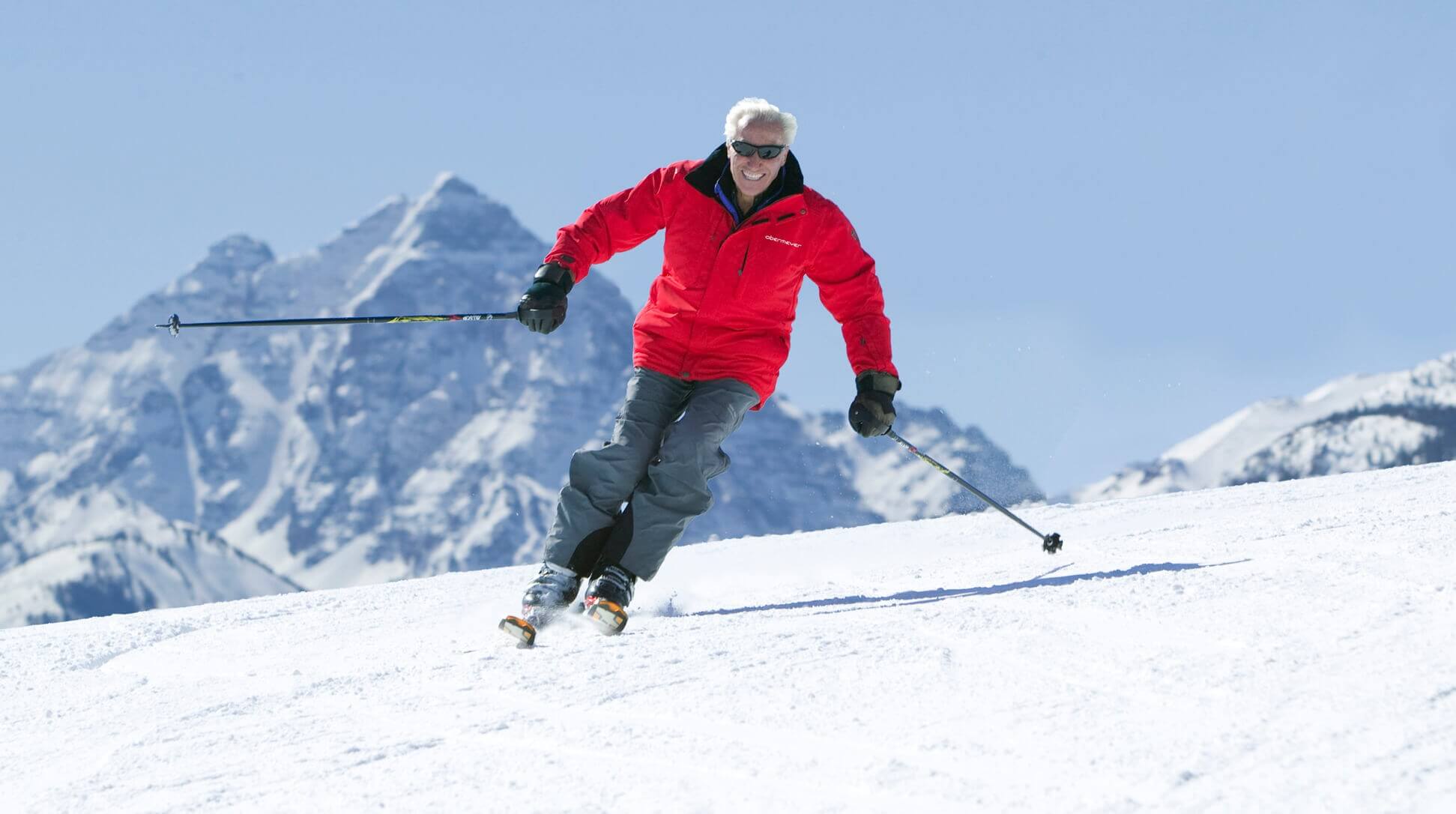 When I lost the opportunity to snowboard for half a decade, it felt like I lost a part of my soul. It’s always been my life blood… the reason I exercise & try to stay healthy. Sure, there are other sports I enjoy but nothing grasps me like the feeling of gliding a snow-covered slope. But, the question in the back of my mind has always been: “When are you too old to ski?” As the sands of time begin to pile up, the answer is simple if you stay in good physical condition. “You’re never too old to ski!” Here’s three skiers that are over ninety years old & still schussing on the slopes.

We couldn’t have this list without naming the legendary Klaus Obermeyer. He single-handedly made skiing fashionable. Klaus introduced the first plastic ski boot, down parkas, mirrored sunglasses, and countless other inventions to help make skiing more enjoyable. And at 102 years old, he still clocks in over a hundred days per year on Aspen Mountain along with a daily lap session at the Aspen Meadows resort pool.

Hollay is a local Tahoe legend. An apprentice glove maker in Hungary in the 1930’s, he eventually moved to the US and settled in South Lake Tahoe in 1958. He was fundamental in cutting the runs used in the 1960 Olympics at Squaw Valley (now named Palisades Tahoe). From helping carve out Heavenly’s Nevada ski runs to a 25-year career as a ski patroller, his hands have touched many parts of the region. And in 2017, Heavenly honored him by naming a trail after him. At 101 years old, Martin is still seen getting in at least as many days as his age.

For those of you with excuses, you’ll have to go back to the chalkboard when you meet Dick Schulze. He didn’t take up the sport until his 50’s!!! Now at 76, he is the oldest competitor in the United States. Since 2000, he’s been competing seriously and has since entered competitions throughout the world. We’re not talking one discipline either. From snowboard cross to halfpipe to slopestyle and even giant slalom. He loves the sport so much that he even spends his summers in New Zealand. And that’s all despite a titanium knee and a fall that crumpled his helmet and knocked him unconscious.

There must be something about Hungarian genes and living life to the fullest. Lou Batori, who passed away at age 107 in February 2018, left everyone who skis inspired. It wasn’t the age he lived to but rather how much he appreciated every single day he was alive. He embarked on many adventures from driving across the country via motorcycle with his wife in his late 90s to still ski racing in his hundreds. And to further honor Lou, the NASTAR staff created a new award named after him that is given to the most veteran competitor of the race. How about them apples?

So, if you think you’re too old to ski, think again! Each of these individuals are a true testament that skiing (and snowboarding) is the fountain of youth. The sense of gliding down the mountain regardless of conditions will make you feel like a kid again. If you’re feeling down about the conditions or crowds, look to these amazing people. I don’t know about you, but maybe it’s time to get outside and go for a lap.

28 thoughts on “When Are You Too Old To Ski? Never! 3 Skiers & Snowboarder Prove It”